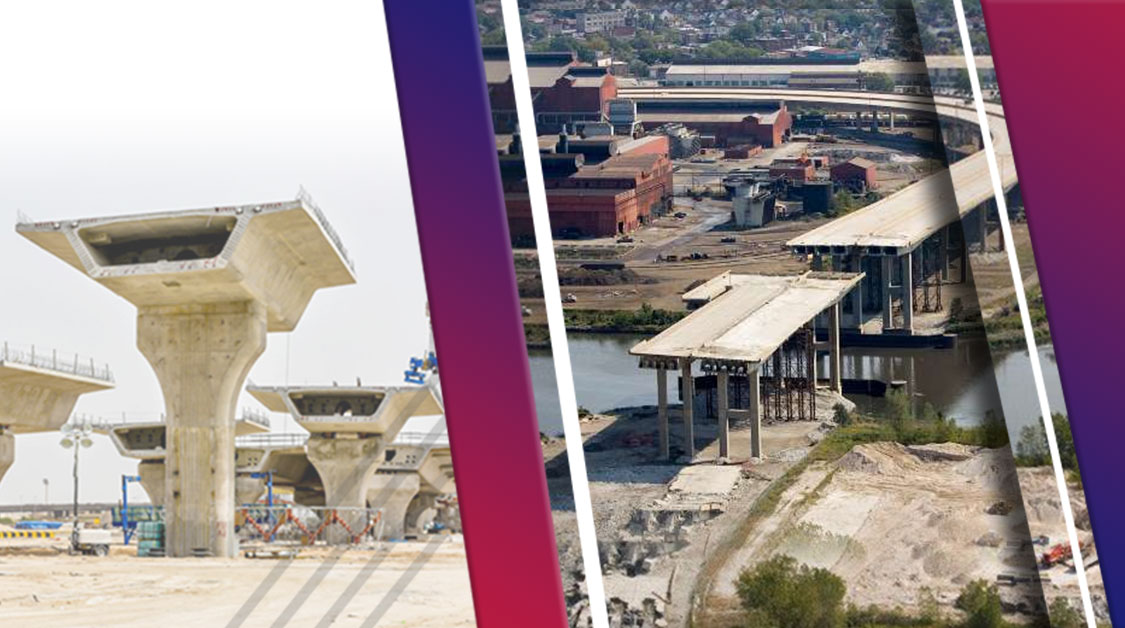 Source: The Times of Northwest Indiana

The ongoing construction of Cline Avenue Bridge in East Chicago by United Bridge Partners, is in full steam and is expected to be opened to the public in 2020, apprised project managers to the members of the Gary Chamber of Commerce. The original bridge was closed in 2009 due to its structure weakened by corrosion.

The 6,200 feet long bridge will stand at the same height above Indiana Harbor and Ship Canal, as the original bridge stood. “It follows pretty much the same footprint as the old bridge,” said Terry Velligan, General Manager (Operations), United Bridge Partners. He further added, “we didn’t need to go any higher and we couldn’t go any lower.” The new bridge will have 9-foot shoulders on each side and a 12-foot lane of traffic in every direction.

The 100% privately funded $150 million bridge project aims to alleviate the traffic congestion and enhance transport connectivity in north-western Indiana, which would augment the economic growth of the area. United Bridge Partners is anticipating 10,000 vehicles every day once the bridge gets operational.