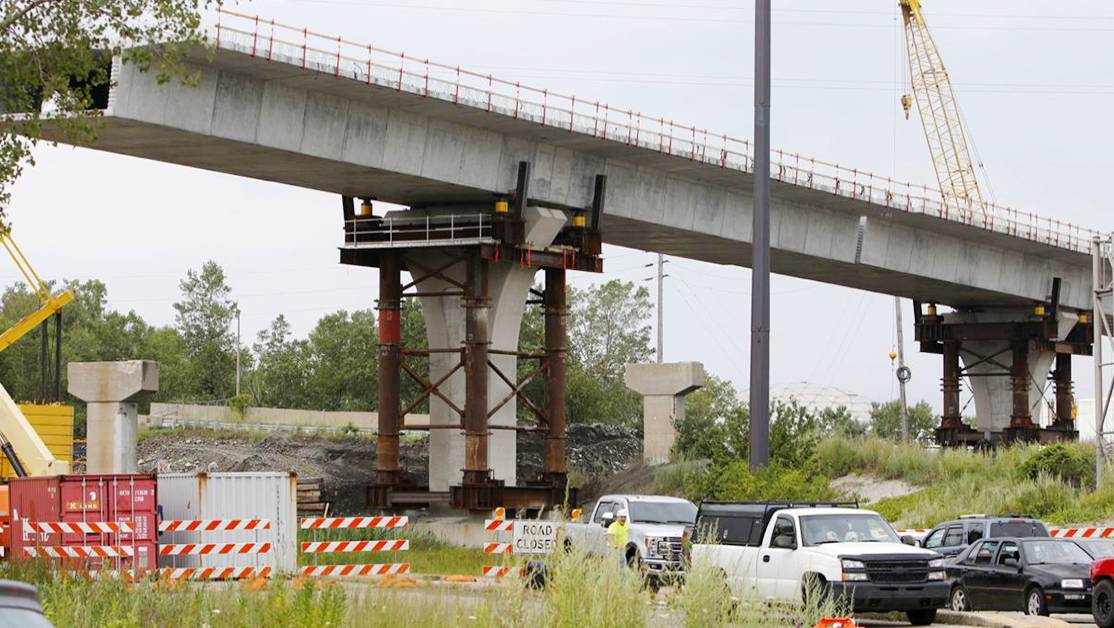 Cline Avenue Bridge, LLC, owned and operated by United Bridge Partners, announced that it has committed $3 million to the Indiana Department of Transportation (INDOT) for improvements to Indiana State Road 912. Also known as Cline Avenue, this route extends east and west of their bridge’s property. Work is currently underway and encompasses roughly two-and-a-half miles of INDOT roadway. These improvements will enhance drivers’ experiences and ensure greater safety for the commuting public.

From the Cline Avenue Bridge’s west abutment, SR 912 will be restored just east of Calumet Avenue in Hammond, IN. From the bridge’s east abutment, the work will reconnect the Cline Avenue Bridge to Ameristar, Joerse Park, and Pastrick Marina and include the nearby SR 912 roadway in East Chicago. This resurfacing project will result in a smooth driving surface with clear lane markings that is free from cracks and potholes. The work is expected to be completed by the end of November 2019.

“This is truly a beneficial partnership since it allows us to provide a reliable and consistent traveling experience before, during, and after crossing the Cline Avenue Bridge. The advantage of completing this work with private funds is that the State can allocate its time and resources to infrastructure in greatest need of attention,” said Terry Velligan, General Manager of Operations at Cline Avenue Bridge. “Our company is committed to investing in the communities to which we belong. In this case, it directly aligns with our mission of fulfilling public infrastructure needs.”