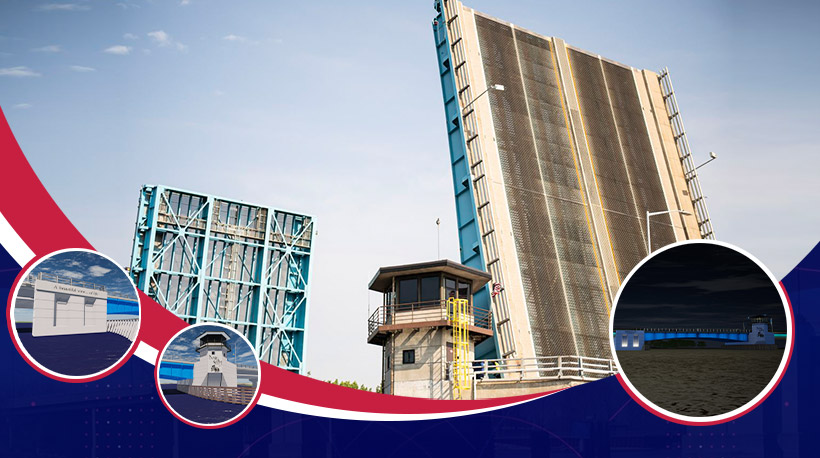 BAY CITY, MI – Work is starting to get underway on the Liberty Bridge rehabilitation project this week.

Bay City’s Liberty Bridge will be reduced to one-lane in each direction, starting on Monday, Dec. 13. This is being done to allow for Bay City Bridge Partners to begin working on demoing and rehabilitating portions of the bridge.

BCBP is a subsidiary of United Bridge Partners, which is leasing the Liberty Bridge and Independence Bridge from the city and is initiating projects to improve the structures before implementing tolls. BCBP is also planning to build a new replacement for the Independence Bridge in the future.

Crews began assembling at the Liberty Bridge on Monday, Nov. 29 to start prepping for the project. Crews will begin light demolition work such as removal of light poles and railings before progressing to removing and replacing the bridge deck.

Major upgrade and replacement work on the electrical and mechanical components of the bascule portions of the bridge are scheduled to begin in January 2022.

The Bay City Times previously reported that the Independence Bridge project is slated to start in the summer of 2022 and that tolling will be implemented for residents five years after work is completed finished on each respective bridge.